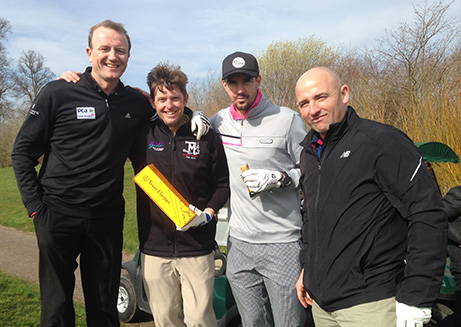 A group of 100 golfers and over 60 poker players gathered at the Grove Luxury Resort on Saturday 8 March for a day of sporting action.

Next on the agenda was a dinner and charity auction for the Shane Warne Foundation which raised over Â£25,000.

After that came the poker, hosted by the Grosvenor G Casino in Luton, which saw bounties placed on the heads of the sporting legends in attendance.