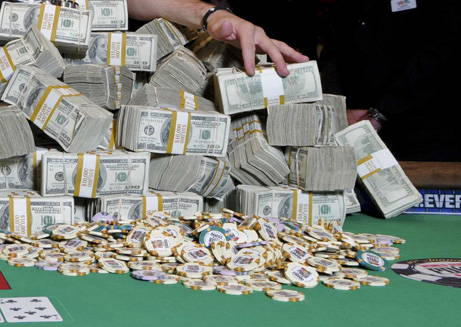 The record breaking 49th World Series of Poker (WSOP) Main Event in Las Vegas has been won by John Cynn.

Fending off 7,874 competitors at the Rio All-Suites Hotel and Casino, the second largest pool of players in the events history, Cynn earned the right to take home an impressive $8.8m first-place prize.

CynnÂ's previous largest win came during last yearÂ's WSOP Main Event in which he shocked many people, including himself, by coming 11th to claim $650,000.

Commenting on his unexpected win, Cynn said: Â"Last time when- I got knocked out in 11th I was really happy. This time around was, in a word, different. Really, neither is supposed to happen, right? To make 11th is insane. And then to win, thatÂ's literally something that you dream of, but just never expect to happen. Right now, I do feel pretty overwhelmed.Â"

However, it didnÂ't always seem like Cynn would take home the first-place prize. Tony Miles, who finished in second place, made sure that he would have to battle for the title.

The two played on the final table on the last day together for upwards of eleven hours, most of which they were competing in heads-up poker. But, once the final hand was dealt, after 5 AM in the morning on Sunday, Miles had to settle for second place and a cool $5m reward for his troubles.

Â"TonyÂ's an amazing guy. WeÂ've been playing next to each other for quite a while now. He plays really well, I think,Â" said Cynn.

Â"He put me in a lot of tough spots. Not just hand wise, with his strategy. I probably had to adjust three, four, five, I donÂ't know how many times. And it seemed like whenever I would adjust he would adjust right back. It was cool because we had moments where we were really going after each other. And we had moments of dead pots.Â"

The 49th annual world series of poker saw the amount of entrants in the competition rise for the third consecutive year, as the popularity of competitive poker looks to be back on the rise.

Undoubtedly this yearÂ's unexpected result will further fuel interest in WSOP events as others look to emulate CynnÂ's unlikely success.