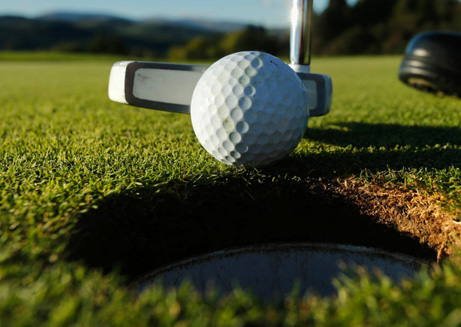 For the second time in Ryder Cup history, the most prestigious trophy in golf will be held outside the UK and US, at the Le Golf National in Saint-Quentin-en-Yvelines in France, over the weekend of 28-30 September.

Both teams have named their four respective captainÂ's picks in preparation for the event, and it is no surprise that both captain European Thomas Bjorn and US captain Jim Furyk have chosen experienced players for their four wildcards, with Ian Poulter, Sergio Garcia, Tiger Woods and Phil Mickelson all making the cut for each team.

The European team go into this yearÂ's competition as slight underdogs, in spite of having recent Open champion Francesco Molinari and world number one Justin Rose leading the side.

History is also on the EuropeansÂ' side, as the US has not won a Ryder Cup away from home since Tom WatsonÂ's side won at the Belfry in 1993.

Europe is 6/4 with Unibet to regain the Ryder Cup, which was lost in resounding fashion at Hazeltine National Golf Club in 2016 by 17-11.

Justin Rose, appearing in his fifth Ryder Cup, is the favourite to be top European scorer at 11/2 with Sky Bet, and Molinari is available at 10/1 with the same provider.

The US is currently the bookiesÂ' favourite at 16/19 to retain the trophy with 188Bet. American golfers have dominated the four majors, winning three of the four prestigious trophies this year.

Patrick Reed was also victorious at the Masters earlier this year, his maiden Major Championship win, as well as containing world number two and five, in Dustin Johnson and Justin Thomas.

Johnson and Koepka are the favourites to be top American points scorer at 11/2 and 13/2 respectively with Sky Bet. Johnson is also favourite to score the most points overall, with the former world number one at 10/1 with BetVictor at his fourth appearance in the competition.

The most unlikely result is a draw, which will see the Ryder Cup stay with the US; there have only been two draws in 41 Ryder Cups, the last being almost 30 years ago at the Belfry in 1989, in which the Europeans retained the cup. A draw is 12/1 with William Hill.