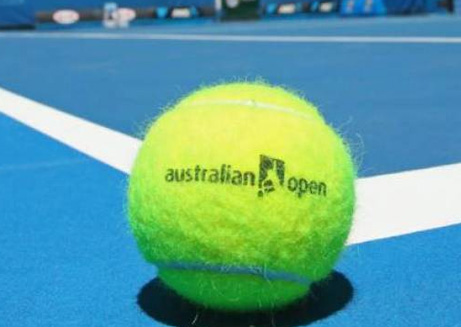 US fans need look no further than the favourite for an American hopeful at the 2019 Australian Open womenÂ's singles. Last yearÂ's Wimbledon and US Open runner-up and 23-time Grand Slam winner, not to mention seven-time Australian Open winner, Williams was always going to be priced up as the pre-tournament favourite.

But is it a smart bet?

WilliamsÂ' comprehensive defeats in her 2018 Wimbledon and US Open finals cast doubt. Since returning from giving birth to her daughter, the 37-year-old has performed phenomenally but is yet to win a Grand Slam. At Wimbledon, Angelique Kerber dismissed Williams 6-3 6-3. In the US, her headline-grabbing meltdown while arguing with umpire Carlos Ramos masked the fact she was convincingly beaten in straight sets by Naomi Osaka.

In her favour, though, WilliamsÂ' last Grand Slam title win came at the Australian Open and it is her joint-most successful major (tied with Wimbledon).

A savvy US bet may just be Stephens, a more recent major winner than Williams at the 2017 US Open and another player to reach a Grand Slam final in 2018 (at the French Open).

StephensÂ' 2019 got off to a slow start with Johanna Konta beating her in straight sets in Brisbane, but the 25-year-old has long-term consistency on her side, sitting fifth in the world rankings. Stephens was also runner up in OctoberÂ's WTA Tour Finals.

During both that final and at Roland Garros, Stephens stormed into a first-set lead. If the American can hold her nerve from a winning position, she has as good a chance as anyone of beating her personal best in Melbourne Â– a run to the semi-finals in 2013.

A US Open finalist in 2017 and a French Open and US Open semi-finalist in 2018, the prospect of a Keys triumph in Australian is not totally forlorn. The rising star still has bags of potential and, at 23, has a couple of years on Stephens when it comes to hitting her prime.

Although Keys has dipped to world number 15 Â– having peaked at number seven in 2016 Â– the American reached the Australian Open last four in 2015 and the quarter-finals last year. Defeated then by Kerber, she was only overcome by Stephens at Roland Garros and eventual champion Osaka at the US Open. In other words, Keys is no stranger to the business end of Grand Slam tournaments.

WeÂ're now well into long-shot territory, as 27-year-old Vandeweghe looks to bounce back from being placed at number 100 in the world and closer to the career-high number nine ranking she held this time last year.

There were high hopes for the American after Pat Cash signed on as her coach, with an impressive 2017 leading her to the semi-finals at both the Australian and US Opens.

VandewegheÂ's singles form, however, has tailed off significantly since and bettors may show more interest in her doubles form. During SeptemberÂ's US Open, Vandeweghe won the womenÂ's doubles title alongside Ashleigh Barty.

Although SerenaÂ's sister can be considered a rank outsider at Grand Slams at this stage of her career, Melbourne remains the scene of one of VenusÂ' best Grand Slam results this decade. It was Serena who again stood in her way on that occasion but, in 2017, Venus was able to enjoy a strong run to the Australian Open final.

It remains a tournament the 38-year-old has never won, while general success has eluded her in recent years. A bet on Venus at 80/1, though, will always guarantee a fun ride.