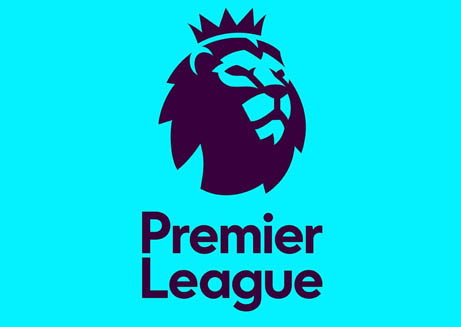 We needed a long summer of quiet reflection just to recover from the nail-biting end to the 2018/19 Premier League season. In spite of a valiant effort from a strong Liverpool team, Manchester City lifted the trophy after finishing one point ahead of Liverpool.

JÃ¼rgen Klopp's team fell short of the mark, letting slip a strong lead at Christmas and ultimately losing out by a devastating point. However, the Reds certainly found it hard to have a glum summer after winning a sixth European Cup.

Premier League football graces our screens again this Friday, and Manchester City are clear favourites at a firm 1/2 with Sky Bet and Bet365. Following on from their successes of last season, theyÂ've had an impressive pre-season. A single hiccup against Wolves saw them lose on penalties after a goalless Premier League Asia Trophy final, but theyÂ've expectedly outplayed all all other opposition with ease.

On the other hand, coming off the back of their hard-fought (if not slightly tedious) Champions League final victory in Madrid against Tottenham Hotspur last season, LiverpoolÂ's pre-season has been far from perfect. They won only three out of their seven friendlies, with Sevilla, Borussia Dortmund and Napoli all getting the best of the title contenders. Bet365 place the Reds at 13/5 to lift the trophy, which are enticing odds considering how close they were to winning the title last season.

Both title contenders played for the FA Community Shield last weekend and a penalty shootout win for City meant one more loss to add to LiverpoolÂ's pre-season collection, and a little more confidence for Pep GuardiolaÂ's City in the season ahead. At this point, those 1/2 odds look like a pretty safe bet.

It would seem foolish to talk down the chances of the best of the rest from the title conversations, were it not for the 25-point gap between Liverpool and third-placed Chelsea at the end of last season. However, this has made for some enticing odds for teams with potentially fresh ideas and new players.

Chelsea are at odds of 40/1 with Sky Bet, and considering their position last season, this might be worth a bet. However, after breaching FIFA's transfer rules , theyÂ're currently facing a transfer ban until summer 2020, and the departure of Eden Hazard over the summer has left some big shoes that theyÂ're consequentially unable to fill.

Despite this, they have a new manager with fresh ideas in Frank Lampard, and he seems eager to make use of the club's exceptional academy system for his squad. TheyÂ've looked impressive in pre-season, most notably beating a strong Barcelona team 2-1.

Tottenham had a promising pre-season, which saw them beat both Real Madrid and Juventus, with their star man Harry Kane evidently on form, netting one on each occasion. TheyÂ're placed at 18/1 with Sky Bet, which seems short considering they finished below Chelsea last season. Despite a strong pre-season, it would be a surprise if they claimed the top spot this season.

Arsenal and Manchester United are both rank outsiders, placing a disappointing fifth and sixth respectively at the end of last season. For this reason, Bet365 have the Gunners at 66/1 and the Red Devils at 40/1. Although they are potentially worth a punt (anything can happen in football), both teams seem unlikely to trouble the title contenders this season, with last yearÂ's poor performances still fresh in the memory and some dubious summer deals.

Finally, if youÂ're still regretting not placing that bet on Leicester City for their title-winning 2015/16 season at 5,000/1, then have a go on these. Wolves are sitting at 200/1 with Sky Bet and put on some very strong performances against the big boys last season. Norwich City and Sheffield United's teams are currently untested in the Premier League, coming in at 2,500/1, while Leicester are at 300/1 with Bet365 if youÂ're a firm believer in lightning striking twice.