When Andy Ruiz Jr was announced as Anthony Joshua's stand-in opponent for their June clash, I thought Joshua's promoters were taking the piss. 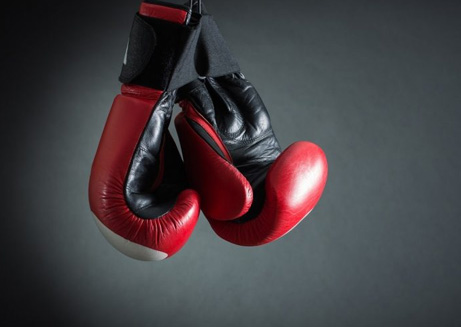 The world had been looking forward to Joshua battling the hard-hitting Jarrell Â"Big BabyÂ" Miller when, all of a sudden, Miller failed a drugs test and this unconventional Mexican was recruited to become JoshuaÂ's latest victim.

Except he was no victim. Appearances Â– take one look at Ruiz Jr and youÂ'll see what I mean Â– can be deceptive and, after Ruiz Jr swept Joshua aside in the seventh round, many boxing experts laughed in the face of the judgemental public. They had every right to beam Â"I told you so.Â"

The question on everyoneÂ's lips however, is whether the 30-year-old, 1.83cm tall heavyweight can repeat his heroics against the much taller (but same-aged) Joshua on 7 December.

According to plenty of analysts out there, how exactly this rematch transpires comes down to JoshuaÂ's game plan. The Watford-born former world champion was rocked in the first fight like heÂ'd never been rocked before. His lack of strategy was exposed and the wild-swinging Joshua never really recovered from what he still calls Â"a punch from the Gods.Â"

If the British heavyweight can adapt his tactics and move freely around the ring, capitalising on Ruiz JrÂ's lack of reach, we could have a far different contest on our hands. It would be an undeniably more boring one for the neutral and one Joshua would look to take via decision after the full 12 rounds.

But when heavyweight rival Tyson Fury was asked his prediction for this one, he simply quoted Mike Tyson: Â"Everyone has a plan until they get punched in the face.Â"

Before the original Ruiz Jr clash, we heard all sorts about Joshua Â– and the man himself, humble though he usually is, couldnÂ't help but talk about his Â"legacyÂ" as a fighter.

Now, weÂ're seeing the PR machine go into overdrive, working its way back in reverse. WeÂ're reading about how trips to Nigeria have Â"reignited JoshuaÂ's fireÂ" and how, in his own words, he can stick his middle fingers up and say Â"when I win, I will be like f*** everybody.Â" ThatÂ's an actual Joshua quoteÂ…

Taking these theatrics into account, which seem a little desperate and not at all like the calm, calculated mindset needed to overcome a quick, explosive opponent like Ruiz Jr, IÂ'll be backing the Mexican at 2/1 with Sky Bet. The odds here are long enough to avoid having to pick the outcome; although, if you want to look at that market, the knockout option looks likeliest at 11/4.