Australian Open 2020 preview: Can Serena and Djokovic be stopped?

The New Year has rolled around and for tennis fans that means only one thing: the impossibly short off-season is over and the first Grand Slam is just around the corner. For the mens singles, it means the same three names these previews will feature every year, while the womens game is likely to maintain its fascinatingly wide-open range of potential winners. The Australian Open kicks off on 20 January 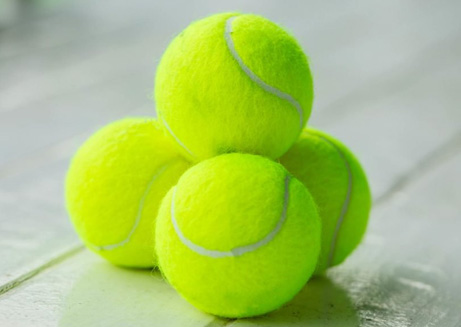 Bet365 has Serena Williams priced at 11/2 favourite, as does Paddy Power, to claim her first Grand Slam victory since the same tournament in 2017, which would also see her draw level with Margaret CourtÂ's haul of 24 Grand Slams . Her last four slam finals have all resulted in losses however.

In terms of the second-favourite, bookies are divided between JapanÂ's Naomi Osaka and CanadaÂ's Bianca Andreescu. The former won her second-successive slam at the tournament last year, and will thus be defending a lot of ranking points, while the latter stormed to the US Open title last year in what managed to be a fantastic breakthrough, yet injury-hit, year. For my money, either is a superb shout, but IÂ'd tip Andreescu out of the two.

Ashleigh Barty is deservedly world number one after a fantastic year and a home slam win would underline her consistency, with the WTA Finals victory a particular feather in her cap. Wimbledon champion Simona Halep is perennially in the mix and considering how open the womenÂ's game is currently, I would not know who to confidently tip.

Tip to avoid: Cori Â"CocoÂ" Gauff. Her story at Wimbledon was phenomenal and has continued since. If anyone sums up the joy of how open and unpredictable the womenÂ's game is it is her.

But donÂ't get carried away. She is not highly tipped (William Hill has her at 33/1) but nor should she be given she is only 15. Grand Slams will be a very unlikely aim for her for another two years at the very best.

One to watch: Jelena Ostapenko might be tipped rather lowly (50/1 at Bet365 and Paddy Power), but the 2017 French Open champion is far from out of the equation. With an all-or-nothing game that is just pure entertainment to watch, it would be extremely entertaining to see her do well. Caroline Wozniacki is similarly low in her final tournament prior to retirement, but a last victory would be symptomatic of her relentlessly superb defence.

Obvious favourite in the menÂ's draw

Not knowing where my money would go is not something I can say for the menÂ's game, where I can tip Novak Djokovic without a shred of doubt. So can the bookies, with William Hill, Paddy Power and Bet365 all listing him as a 13/8 favourite.

He claimed two slam victories last year, at the Australian Open and Wimbledon, and Melbourne is a very happy hunting ground for him, with seven titles to the SerbÂ's name Down Under.

Rafael Nadal, who is world number one after taking the French Open and the US Open last year, is a comfortable 7/2 second-favourite. His hard court game can be overshadowed by his ridiculously dominant prowess on clay; but if a reminder was ever needed, his triumph in New York is a fine warning.

Other than those two: Daniil Medvedev is third-favourite with Paddy Power and William Hill, at 15/2 and 8-1 respectively, after a dominant US swing saw him reach four finals, including the US Open, and his first masters title at the Western & Southern Open.

Roger Federer has had a late career Indian summer that could have inspired Benjamin Button and he is in with a good shout, with Bet365 having him third-favourite at 9/1.

The delightfully charismatic Stefanos Tsitsipas is fifth-favourite, with all three listing him at 10/1, following his victory at the ATP World Tour Finals.

Tip to avoid: Alexander Zverev and this writer is aware of how badly this could backfire.

The younger Zverev is the seventh-favourite across Bet365, Ladbrokes, Coral and Paddy Power. His slam highlights are two quarter-finals and his relative struggles at that level are well-documented. This is not to criticise Zverev: his moment on the Grand Slam stage will come and there is no doubting that. But will it be this time? It is an impossible guess.

One to watch: Grigor Dimitrov (33/1 with Bet365, 66/1 with Coral) is a very hit-and-miss player. However, the man affectionately nicknamed Â‘Baby FedÂ' recovered from falling as low as 76 in the world last year to hit back with a semi-final at the US Open and the Paris Masters. A similar show of form could see him handsomely rewarded.

Elsewhere: in the menÂ's doubles, few would begrudge them if the Bryan Brothers could claim a slam, ahead of their impending retirement after this yearÂ's US Open.