The Bills and Josh Allen could clinch the AFC East with a win on Saturday. 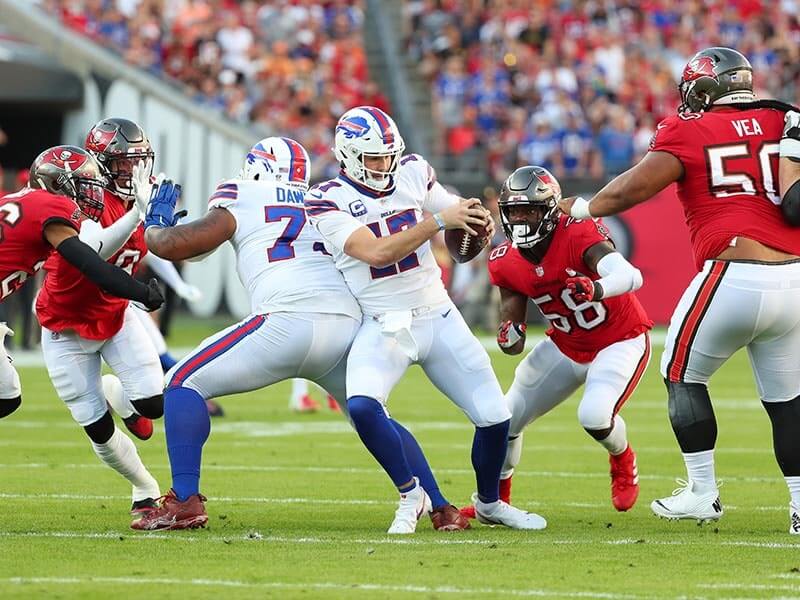 With a record of 11-3 this season, the Buffalo Bills can clinch the AFC East with a win over the Chicago Bears this weekend.

If they do, they’ll also work their way toward the top seed in the AFC and could guarantee themselves a first-round bye.

They’ve won their last five games, including a 32-29 victory over the Miami Dolphins last week. At the moment, they have a fairly sizable lead in the division.

As a team, the Buffalo Bills are not only known for their impressive offense but their show stopping defense that allows just 17.9 points per game.

On average, their offense scores 27.5 points per game, ranking fourth in the NFL. They have one of the best passing offenses in the league, led by Josh Allen.

Their running game is also really impressive, averaging 134.9 rushing yards per game this season and ranking eighth in the NFL.

This week, they’ll face one of the worst defenses in the NFL in the Chicago Bears, a team that allows an average of 25.6 points per game, ranking 30th overall.

The Bears also have the worst passing offense in the NFL, averaging just 137.1 passing yards per game. Although Justin Fields is a strong quarterback, they haven’t moved the ball efficiently through the air this season.

It’ll be a cold day in Chicago with a chance of snow but the spread is set to just eight points. With the struggles Chicago has had on offense, we’ll go with the Bills on the road.