The fans of ancient Egypt can rejoice! Cleopatra, coming from the provider IGT, offers both entertainment and engagement, wrapped up in a nice-looking theme. The game runs on HTML5 and has a well-established spot as one of fan favorites. But we have to admit that while nice to look at, the game is slowly showing its age. However, fans of classic games will not be disappointed, as Cleopatra's slots provide traditional gameplay with a few fun twists when it comes to the payouts. The title deserves its popularity and will likely keep the players satisfied with its overall presentation. 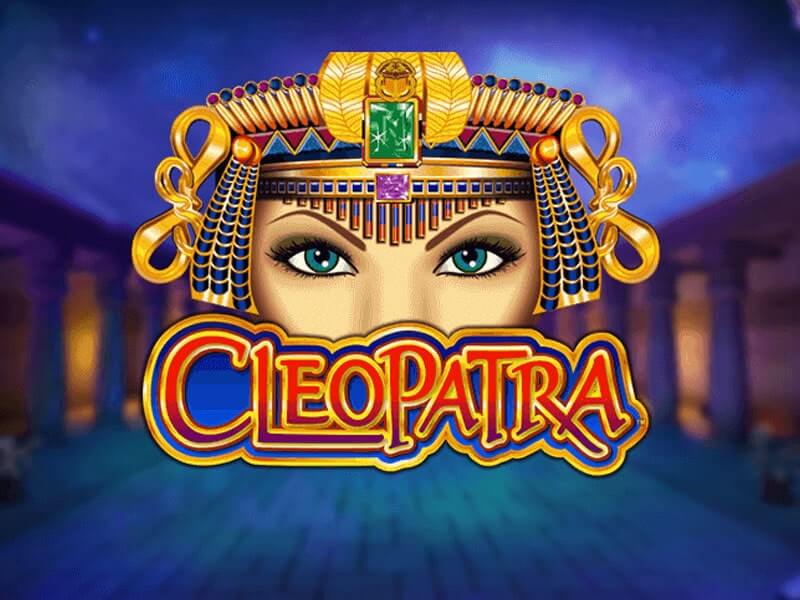 The game is another one in the long line of titles drawing inspiration from ancient Egypt. But it’s not a bad thing – in fact, Cleopatra is proof that this theme (while available in overabundance) remains an attractive backdrop to the slots.

The game focuses on the famed queen of the Nile. And the first thing players might notice is the repeated motif of the Egyptian ship as if it just delivered you straight to the mysterious temple. Graceful looking columns frame the entrance, hieroglyphics spell unknown fate and the only way to know what awaits is to go forward. Next to ancient golden coins, spectacular scarabs, and symbols of power, the player will be facing the gaze of Cleopatra herself.

Aside from the thematic presentation, the game doesn’t have anything in terms of a story, but that just follows the usual rules of the slot games. Personal engagement might be the main driving force, but even without it, the Egyptian theme is sure to entertain the players.

As with many games, there are some things that were just right, and some that fell by the wayside. The design of the game is praise-worthy. The gold base palette with splashes of deeper color keeps the game vibrant. And while the artwork on the tiles might be somewhat dated, it does contribute to the overall feel of the old culture. Perhaps one of the more impactful elements is the appearance of Cleopatra… well, her eyes, anyway. This singular tile is the only connection the game has to its namesake, and while the use of the queen could have been deeper, we’re willing to take what we can get.

Another praise should be given for the extra details on the screen. Outside of the reel window, the game retains the dated aesthetic. Therefore, there are no elements on the player’s screen that can take him out of the theme or might clash with the design. That said, we have to take some points off for the generic music. While the slots are not the best place to seek original soundtracks, the sound that doesn’t match the theme remains as an issue, especially if the players like to keep the sound on. The game did try to use a tune with a slight middle-eastern feel, but it falls short.

Cleopatra doesn’t want to re-invent the gaming market. It just takes the familiar formula and adapts it to its needs. There are 5 reels and 3 rows in the game, creating 20 win lines in total. The players can choose how many lines they want to play with. The base game is fairly simple, with players aiming to connect several tiles in a sequence.

Theirs is no gamble feature, so you get only what you win. Cleopatra seemingly tries to cater to both streamline players who want to focus on the payout, and the adventurous type, who want their games to be fun and engaging. Cleopatra is stuck in an uncomfortable middle, doing both to a somewhat satisfying degree, but nothing is too spectacular.

The game has two special symbols. One of them is the queen herself and it can be substituted for any other symbol, except scatter. A winning line made with wild symbols also doubles the payout. It might be pretty lackluster, but it does the job. Scatter symbol is the one that can earn you free spins. Two scatters will double your total bet (not just the sum you bet per line), and three or more scatters will give out 15 spins. During the free spins, the payout is tripled, and the spins themselves can be triggered again if you are lucky enough.

Overall, Cleopatra has a great presentation. It may a bit on the older side considering current iterations of the slot games, but it still holds up as one of the more beloved games on the market. Aside from the attractive design and theme, the gameplay is simple and straightforward. The most excitement comes from the scatted symbols, which can grant you exciting wins. Ultimately, Cleopatra keeps to the middle ground – there are things the game does very well, and some it fails at. But if you’re a fan of ancient Egypt, you just have to try this title out!